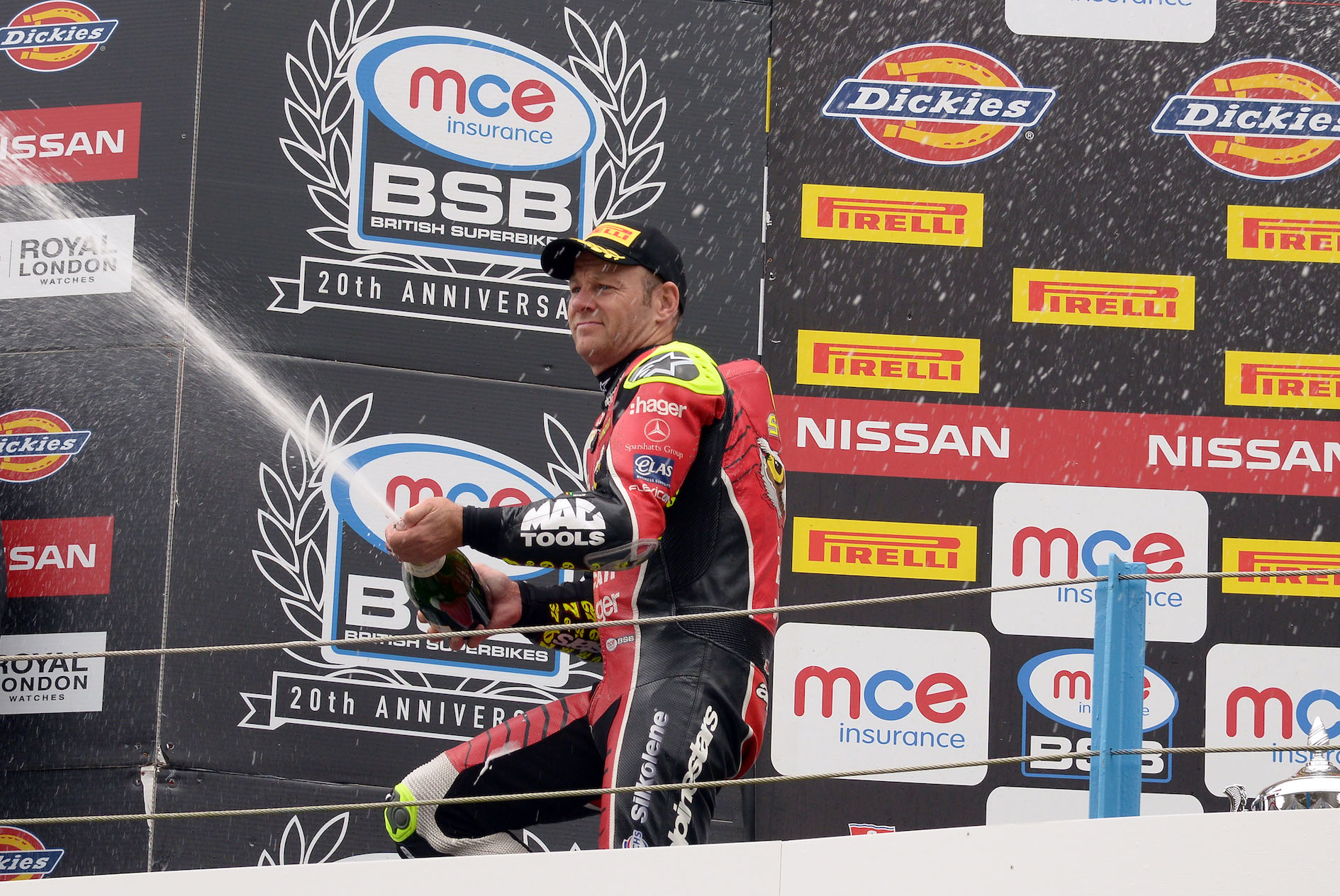 Be Wiser Insurance Ducati rider Shane ‘Shakey’ Byrne will go into the final round of the 2016 MCE British Superbike Championship with a 17-point lead over Leon Haslam after the four-time champion finished second behind his Kawasaki rival in each of the two races at Assen today.

After claiming pole position on the factory-backed Be Wiser Insurance Ducati Panigale R for the first 18-lap race, a solid start saw Byrne complete the first lap in third place but this became second on lap four when he moved ahead of Luke Mossey. The leading six riders were running in close formation and it was on lap seven when the Sittingbourne rider hit the front for the first time for Paul Bird's Penrith-based team.

As the race wore on, it became a head to head battle between Shakey and main championship rival Haslam with the duo pulling away from the battle behind. Haslam took the lead at the first corner on the final lap and he held on for the win although it was mightily close with Shakey crossing the line just 0.01s behind.

The 39-year-old had to start the second race from sixth and the second row of the grid and life became very difficult when a bad start saw him languishing in 12th at the end of the first lap. By half race distance, he’d moved up to seventh but overtaking manoeuvres were hard to find and it was only in the final third of the race that he started to challenge for the podium. However, this he duly did and he grabbed second on the penultimate lap to ensure he still leads the championship going into the final round in two weeks’ time.

Team-mate Glenn Irwin, meanwhile, got more points on the board in his maiden BSB season and he worked hard for 11th place in race one after slipping back to 15th in the early part of the race. However, the Carrickfergus rider continued to ride hard throughout and just when 12th looked like it would be the end result, a good last lap pass on Christian Iddon gave him a deserved 11th at the chequered flag.

Despite the result, the 26-year-old was back in 17th on the grid for the second encounter and like team leader Byrne, he found it hard to make progress through the field. Stuck in 15th for much of the race, a late rally saw Irwin move up to 12th and this was where he finished aboard the Be Wiser Insurance Ducati Panigale R to maintain the same position in the championship standings.

Shane Byrne: “I was happy enough with second in the first race especially as we proved we’re as fast on the harder SC1 tyre as we are the SC0. Leon’s made no secret of the fact that he prefers the SC1 but we raced with him all the way and only lost by a hundredth of a second. There were some points on the track where we were strong and some where we weren’t as strong so we looked at rectifying that for race two although it was a bit of a surprise to be in sixth and on the second row.

“It wasn’t the ideal place to be and, unfortunately, I made a really bad start which made it hard work from the word go. I got boxed in and was way back whilst it also took me what seemed like ages to get by Richard Cooper. I struggled to find a way by but once I did I got through behind Leon although he was riding really well, controlling the race from the front. I needed to finish second, at least, which I did and we’ll keep our heads down and look to get back to race winning form at Brands Hatch.”

Glenn Irwin: “All in all, it’s been a very positive weekend and we’ve certainly made some good steps forward compared to the last round at Donington. I was really happy with my mid-race pace and end of race pace where it was pretty much a match for the top six but I did struggle at the beginning with a full tank of fuel. I dropped out of the points on both occasions and I found it hard to defend my lines so I was out of the top 15 albeit still battling with good riders. In each race though, I got stronger and stronger and the team did a great job all weekend so we know the areas to work on and will be looking to end the season on a high at Brands.”

Phil Borley, Technical Director: “It hasn’t been too bad a weekend and we’re not too disappointed with the results. Obviously, it would have been nice to have got a win, especially after Shakey’s qualifying lap, but we weren’t quite there in either race. Race two for Shakey was compromised by his grid position and then his bad start but he did a great job to come through to second and although the lead has come down, it’s certainly not the end of the world.

“Glenn had a solid weekend and although he struggled a bit with the set up of the bike, especially in qualifying, he had good rides in both races. He did struggle a bit with a full tank of fuel but from mid-race onwards, he had very good pace and got two good finishes. Overall, we’re still in a good position in the championship and whilst there’s pressure on Shakey, there’s equally as much pressure on Leon so we’ll look ahead to Brands and hopefully win some races but, most of all, win the championship.”

The final round takes place at Brands Hatch in two weeks time, 14-16 October.