Frank In The Points At Croft 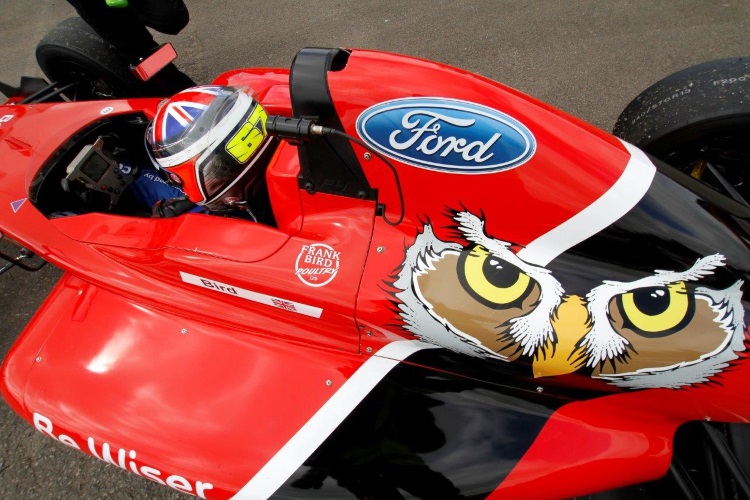 Motorsport driver Frank Bird in round five of the MSA F4 British Championship, the highlight being he registered his first point of the season.

The Penrith-born 16-year-old was hoping for a change of luck after suffering more than his fair share of bad luck in the opening rounds and arrived at the North Yorkshire track full of confidence following a recent good test there.

However, things didn’t quite go to plan in qualifying for the Be Wiser, Hager and Frank Bird Poultry-backed driver who ended up in 16th place going into the first race of the weekend held in glorious conditions on Saturday.

From the start, Frank got stuck in and was lapping on pace with the leaders whereby he was up inside the top 15 in the early stages and looking good. A couple of drivers crashed out in front meaning a safety car intervention by which time he was inside the top ten and a concerted effort in the latter stages saw him claim a brilliant 10th place at the flag and with it, his first points of the season.

No sooner had the team finished celebrating than the second race came about in front of one of Croft’s biggest BTCC Sunday crowds in years. Starting from the middle of the grid, Frank was confident as the pack headed down to Clervaux on the opening lap only for him to suffer contact with another two drivers, which resulted in a first lap retirement.

Undeterred, Frank vowed to battle back in the final race, by which time heavy rain had arrived and with a lack of experience in the wet weather,

Frank drove a steady and safe race to bring the car home in 15th place.

The series now goes into a summer break before the next round at Snetterton in Norfolk on 30/31 July whereby Frank will be looking to add to his points tally.

“Qualifying didn't go to plan really, our pace looked good on Friday and then we had a few technical issues which held us back a lot. In race one, I felt really good and made my way from 16th up to ninth. I had a strong battle all the way through but lost a position on the last lap to finish 10th. But it was a really good race and to finally get my first top ten of the season and my first points felt great so credit to all of the team for all their hard work! In race two, I started 10th but had some contact on the first corner, which caused heavy damage and forced me to retire. For race three, I started 16th, but we had lots of heavy rain before the race. I had a slow start but the pace was looking really good towards the end of the race which was a great improvement for me in the wet weather. I was starting to catch up with the pack in front but time ran out and finished 15th. Overall it was a good weekend so onwards to Snetterton now.”