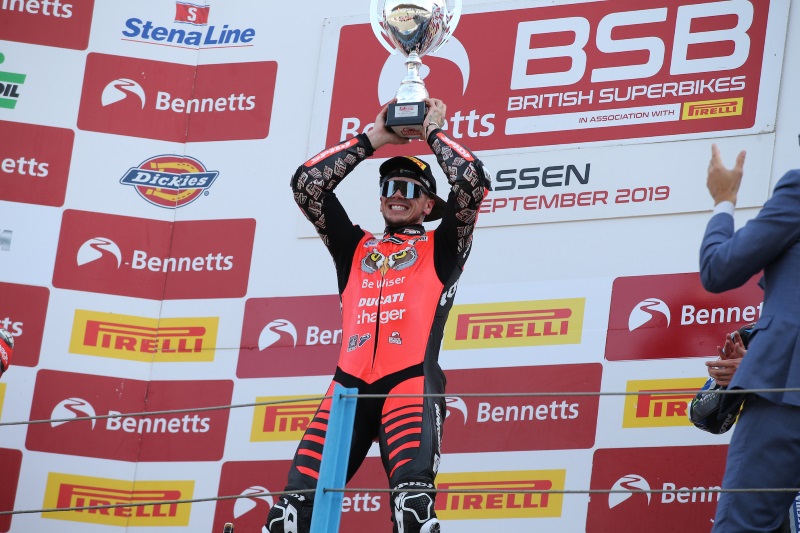 The opening round of the title-deciding Showdown took place at the TT Circuit in Assen today and saw Netherlands-based Scott Redding take a brilliant double victory for the Be Wiser Ducati team to take over the lead in the 2019 Bennetts British Superbike Championship.

Having taken pole position aboard the factory-supported Be Wiser Ducati Panigale V4 R by lapping inside the existing lap record, the former MotoGP rider continued his sensational form into race day and, after winning the first race ahead of team-mate Josh Brookes, the Gloucestershire ace took his ninth win of the season in race two as Brookes finished fourth.

Today again saw perfect conditions all around the 2.82-mile Dutch circuit whereby Redding made a perfect start to take the lead at the beginning of the first 18-lap race and never looked back. Lapping consistently quicker than the rest of the field, he extended his lead and eventually took his eighth win of the season by a commanding 4.9 seconds. Brookes, meanwhile, dropped back to fourth initially but had a race long battle and ultimately came out on top to claim second place and give the team their fourth 1-2 of the season.

Redding, who scored a MotoGP podium at Assen back in 2016, started the second race from the middle of the front row and although he found himself back in fourth at one stage, he moved into the lead at half race distance. With the clear track in front of him, he soon began to edge away and in the final third of the race, he was lapping almost half a second quicker than his rivals before sweeping to another comprehensive double to add to those successes at Donington Park and Snetterton earlier in the season.

It was team-mate Brookes who led in the early stages of race two, however, and although he couldn’t run the same pace as Redding when he came by, it looked like he’d take his second runner-up spot of the day but on the penultimate lap he got pushed back to fourth which was where he finished at the end of the 18 laps.

The double victory for Redding means he has taken over the lead in the title race, 14 points clear of Brookes with two rounds and five races remaining.

Scott Redding: “It’s been a great weekend and with not having to learn the circuit I was able to get off to a good start and maintain that all the way through. Knowing the track really helped but I still had to show my strength especially as people expected me to win after having a good gap over the other riders during practice. It also meant I could concentrate on bike set-up and although I was still having a few problems with the front in the first race, I got a good start and just did my own thing. I kept a good rhythm lap after lap and got the job done. The second race was a bit tricky in the early laps and I made the break earlier than I would have liked but I was more than happy to take the win again.”

Josh Brookes: “After the struggles I had in the first two days, second in race one felt like a win! I haven’t 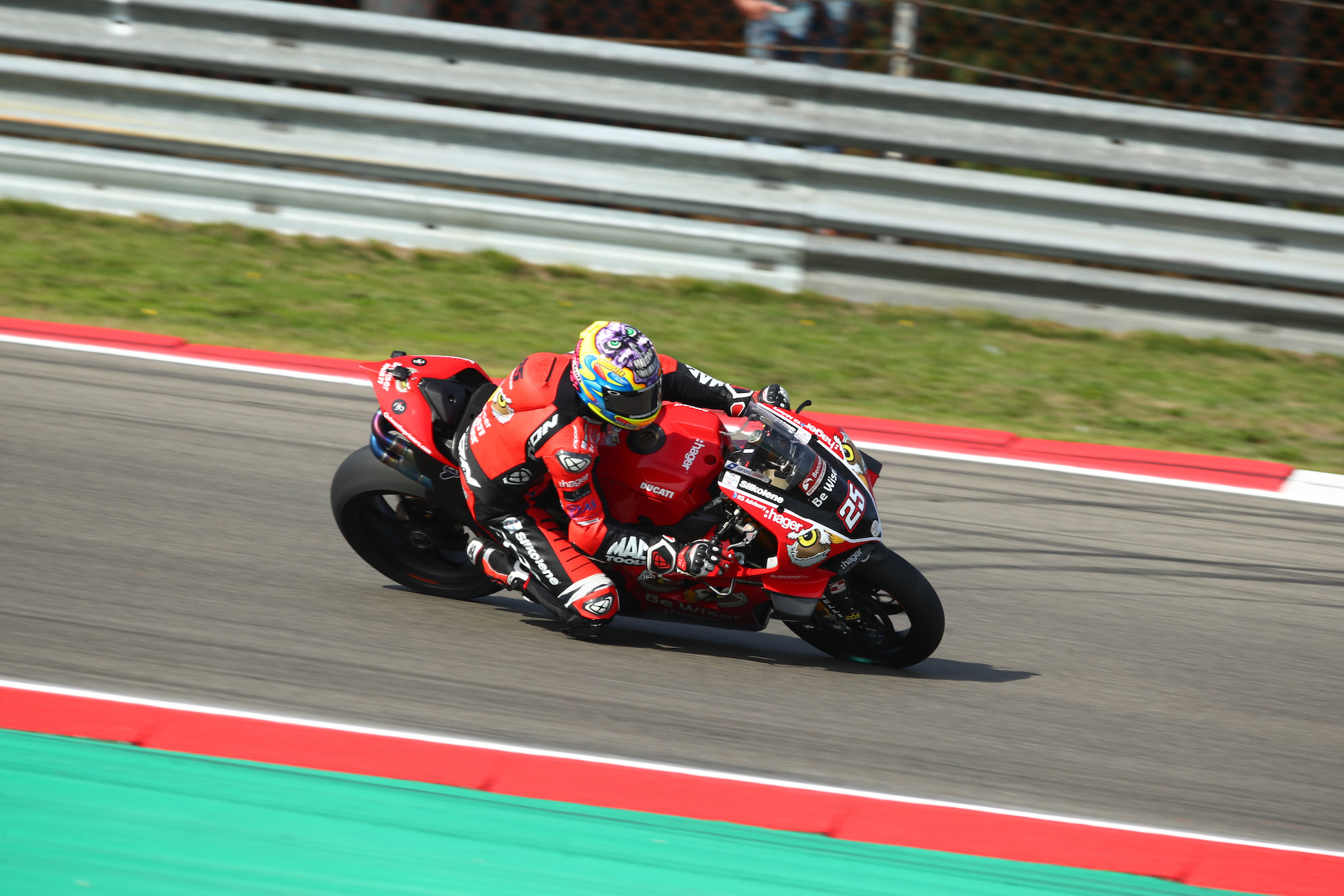 got close to the times I’ve set in previous years but the team gave me a bike I needed to challenge for a podium and although I didn’t have enough for the win, I was a lot closer compared to where I was. It was a good battle for second in the first race which I managed to come out on top of, but I was a little bit disappointed with fourth in race two as it was the best the bike had felt all weekend. Scott was on a different level to the rest this weekend but I'm only 14 points behind and I'm still very much in title contention.”

Johnny Mowatt, Team Co-ordinator: “It’s been an awesome day from Scott and although everyone expected him to go out and win, he still had to go out and do it. He did exactly that and rode two very mature and precise races, never putting a foot wrong in either. You could see that when he was at the front, he could fully utilise the clear track in front of him and he had that little bit more pace than the other riders. Race two was a bit more difficult in the early stages but he used his head to take his second win of the day and extend his championship lead. For Josh, he salvaged a great second place from the woes he’d had in practice and qualifying and full credit to the team for getting a podium finishing bike. He didn’t quite have the pace to go with Scott, but it was another 1-2 for the team and he made some more changes for the second race which you could see helped. He used a bit too much of his tyre though which meant he couldn’t respond but all in all it’s been a great day for the team in what’s a crucial part of the Showdown.”

The penultimate round of the series takes place at Donington Park on October 4-6.

Press Releases
Being There For You - COVID-19 Update
Thursday 19th March 2020
The dedication of our staff through this difficult period is exceptional and I want to take this opportunity to let you know we are here for you and remain open for business.
Read More