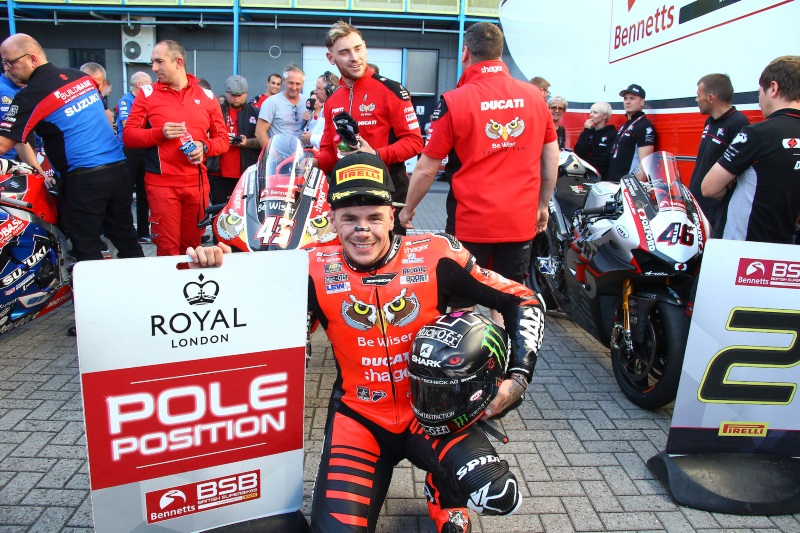 Be Wiser Ducati’s Scott Redding showed the opposition a clean pair of heels when he claimed an impressive pole position ahead of the opening Showdown round of the Bennetts British Superbike Championship at Assen today.

The former GP ace put his circuit knowledge of the Dutch track to good use throughout the free practice sessions yesterday, constantly circulating at lap record pace in the glorious conditions to top them both, and that form continued into this morning’s final free practice session where a lap of 1:35.613 saw his fastest lap of the weekend to date aboard the factory-supported Be Wiser Ducati Panigale V4 R.

Into Datatag Extreme Qualifying and the Gloucestershire ace continued his domination by going fastest in Q1 before giving best to Jason O’Halloran in Q2. But that counted for nothing as the four-times GP winner stopped the clocks in Q3 with a 1:35.588 lap to become the fastest ever Bennetts BSB rider around the ‘Cathedral of Speed’.

The Aussie former BSB champion struggled during the opening day but with some hard work by the team, his fortunes improved today and after safely negotiating Q1 and Q2, Brookes was only bumped off the front row in the final seconds of Q3 aboard his Be Wiser Ducati for Paul Bird’s Penrith-based team.

Both riders are hoping for a good performance in tomorrow’s two races whereby they hope to add to their seven wins each as the battle for the crown is set to intensify.

Scott Redding: “I feel really good and it feels nice to come to a track where you can go out of pit lane knowing a few of the secrets of a good lap. It’s working in my favour and I’ve got to try to use that to my advantage. I believe I did that today and setting the quickest ever BSB lap is really good and I’m looking forward to the races tomorrow which should see some good battles.”

Josh Brookes:  “I’ve been struggling all weekend from the moment we rolled the bike out of the truck and I 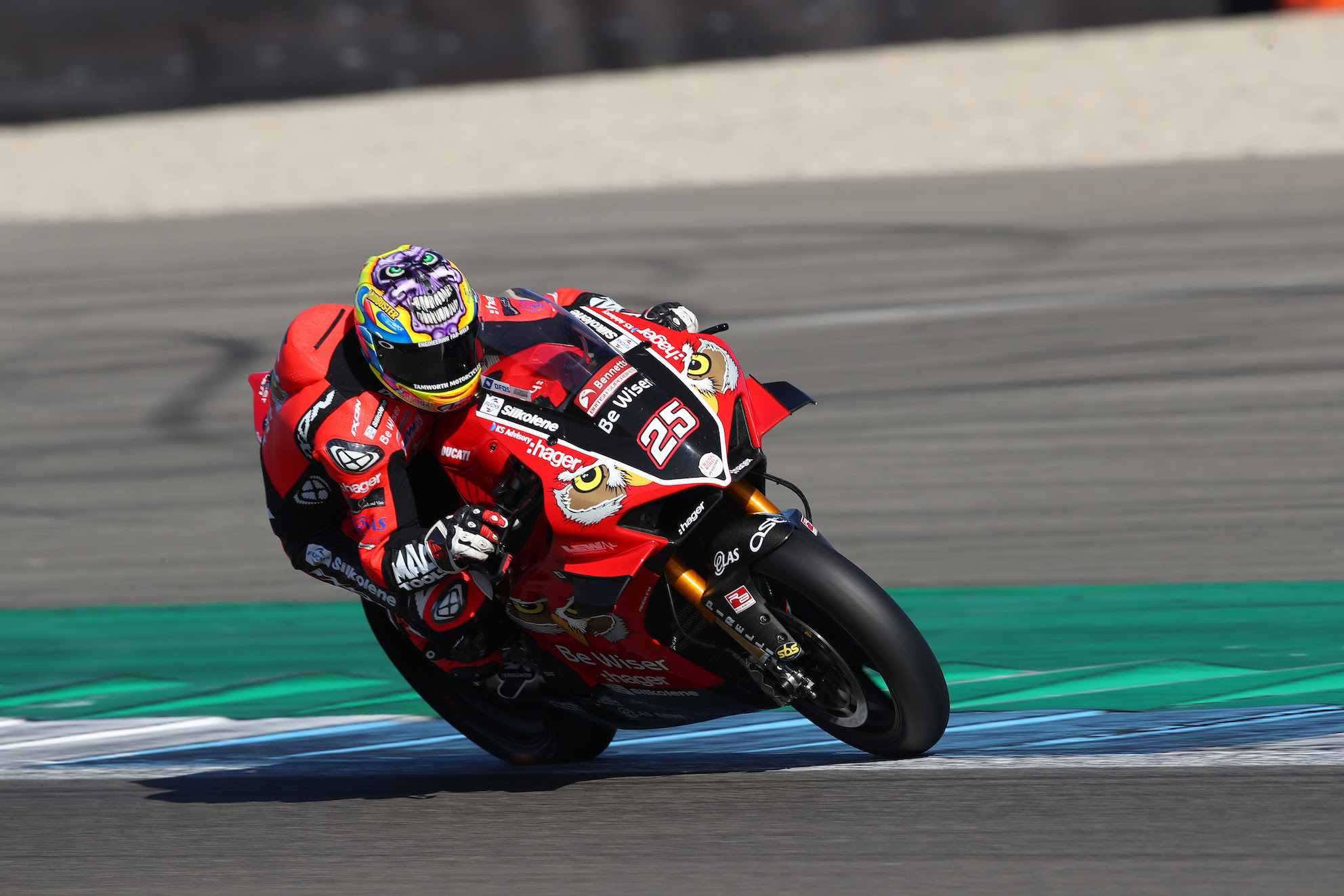 haven’t had a bike that feels like my own. I haven’t been able to attack like normal and something’s been missing. I can’t turn the bike properly and have been having to drag the bike around, but we made some good steps forward in qualifying so now have a good direction to work in. We need to make some more changes in morning warm up which will hopefully get us closer to the front.”

Johnny Mowatt, Team Co-ordinator: “Scott’s had an unbelievable weekend so far and it’s been reminiscent of Snetterton where he’s led every session and has been under the lap record almost from the word go. He obviously knows the place like the back of his hand and as well as his one lap pace, his race pace is good, and he’s been putting together some really good race runs. It’s been difficult for Josh and he’s struggled a bit to be fair, not having the feel he needs. The boys have obviously been throwing various settings at the bike, but nothing really worked until Q2 and although not perfect he did a 1’36 flat and is well in the mix now. He’s in a much stronger position than he was and both riders will try and make further improvements in tomorrow morning’s warm-up so that we can have two Be Wiser Ducati’s well to the fore in tomorrow’s two races.”