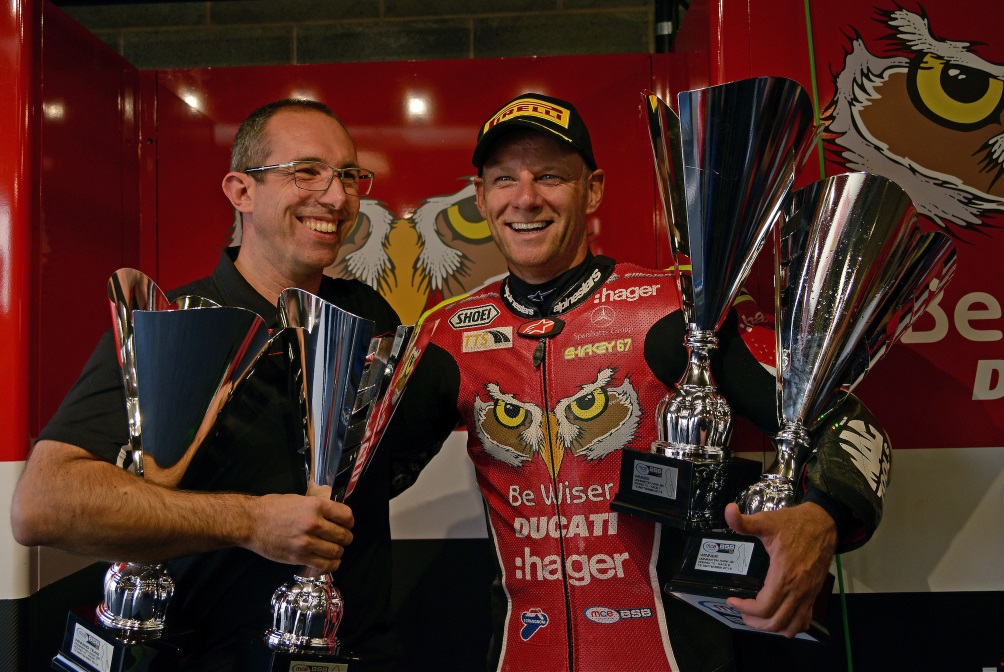 The penultimate round of the 2016 MCE British Superbike Championship heads over to Assen in The Netherlands this weekend where Shane ‘Shakey’ Byrne takes a healthy 27-point lead with him at the head of the standings.

At Donington Park last weekend, the 39-year-old Londoner scorched to a double victory on the factory-backed Be Wiser Ducati Panigale R in the opening round of the title-deciding Showdown rounds for Paul Bird’s Penrith-based team and is brim-full of confidence ahead of the only continental round of the world’s most competitive domestic Superbike series.

Four-times champion Byrne has endured mixed fortunes at the Dutch track over recent years but has won twice and scored a further two podiums on the four visits to date so is keen to extend his advantage over his Title Fighter rivals. Shakey is the form rider of 2016 with nine wins so far to take his career tally to an amazing 77 as he heads for an unprecedented fifth crown.

Team-mate Glenn Irwin hasn’t enjoyed the best of luck in recent rounds aboard his Be Wiser Ducati Panigale R but is aiming to bounce back at Assen where he scored a podium in the British Supersport championship race last year.

The 26-year-old from Carrickfergus in County Antrim was on the podium a couple of months ago but a crash at Oulton Park earlier this month has seen him struggle with a blood disorder since, although he has been posting solid results in his rookie season. Currently occupying 12th place in the standings, Irwin knows a decent points haul is vital this weekend to haul himself up into the top ten going into the final round at Brands Hatch next month.

Shane Byrne: “We started the Showdown in the best possible way with a double win which has given us a 27-point lead in the championship. However 27 points might as well be none as one technical failure or slip off in a race is 25 potential points gone so it's very important that we keep our heads down, work hard and approach this weekend exactly the same as any other. My aim as always is to try to fight for two wins and if we do this, then perfect. If for whatever reason we don't achieve this, we need to try to minimise the loss of points to our rivals. Either way, I can't wait to go racing!”

Glenn Irwin: “I'm really looking forward to Assen and learning the place on a Superbike. It's hard to set a goal but I want to be competitive, although I’m currently laid up in a hospital bed as I’m recovering from a blood infection. It’s something that I believe had set in at Donington Park after my Oulton Park crash as my fatigue didn't match my fitness levels. It will be good to be fully fit again as I want to put the bike up close with Shakey and ahead of some of our title rivals.”