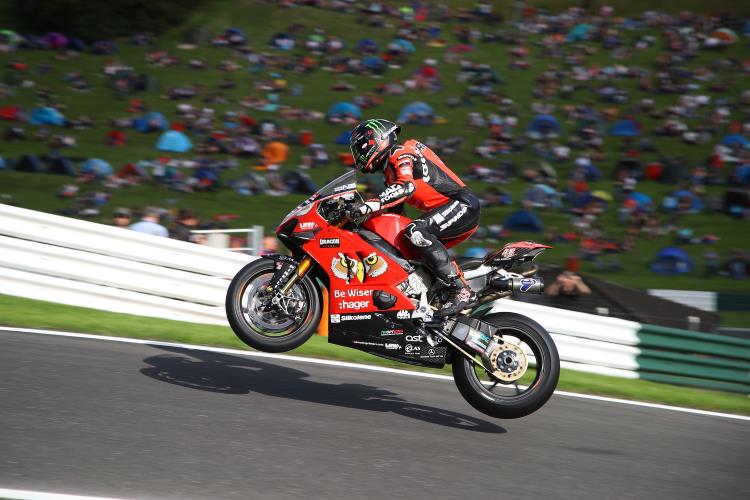 The Be Wiser Ducati Panigale V4 R of Josh Brookes will line up in pole position for tomorrow’s opening race at round eight of the British Superbike Championship at Cadwell Park after a superb lap during this afternoon’s Datatag Extreme Qualifying session.

The Australian dominated all three segments of qualifying to take his third pole position of the season whilst team-mate Scott Redding, making his debut at the Lincolnshire venue, took a strong fourth place.

Practice saw a mixture of both wet and dry conditions at the circuit and the majority of the quickest times were set this morning where the bright, sunny weather saw Josh post the second fastest time, just 0.008s behind pace setter Danny Buchan, with Scott a further half second back in sixth.

Conditions were perfect all round the 2.18-mile circuit for the three-part Datatag Extreme Qualifying session later in the afternoon and the duo comfortably progressed from Q1 with the first and second fastest times, Brookes the quicker of the two with a lap of 1m 26.462s that was also inside the class lap record.

The 12-minute Q2 session soon followed and both riders went quicker than what they had done in Q1 with 2015 BSB champion Brookes again the fastest rider on track and again inside the lap record.

That just left Q3 to negotiate, which would last just eight minutes and would ultimately decide the grid for Sunday’s opening race. Quedgeley-based Redding was quickest out of the blocks this time with a lap of 1m 26.513s sending him to the top of the leaderboard but Brookes wasn’t to be denied with a superb lap of 1m 26.219s giving him pole position by a quarter of a second.

Brookes’ lap was more than two tenths of a second inside the lap record and he ended the session 0.224s clear of Bradley Ray. Redding was unable to go any quicker but he’ll start the opening race of the day in fourth place and at the head of the second row,

Josh Brookes:“I’m more pleased with the pole position than people might imagine as although the weekend started well with the test on Thursday evening, I struggled to go faster after that. We made a few changes which didn’t work so today we went back to what we knew and managed to get dialled back in. The heavy rain had washed a lot of the rubber away so it made it more difficult and that makes it even more pleasing to get down to the low 1’26s. Everyone has their strengths and weaknesses so it should make for a couple of interesting races tomorrow.”

Scott Redding:“Cadwell’s definitely one of the more tricky and challenging circuits to come to so I’ve had a lot to take on board and a lot to take in. I have no experience of the circuit compared to the other riders so I’ve been playing catch up all weekend but we’ve been chipping away and the more comfortable I’ve got with the track, the quicker the lap times have been. I went fast in Q2 but couldn’t go much quicker in Q3 as I was at the limit of what I had but we’ll look at the data tonight and with a couple of small changes to the bike, I think we can be that bit closer to the front in the races.”

Johnny Mowatt, Team Co-ordinator: “We’re really happy with the pole position for Josh, he’s been on a roll since the test here on Thursday night and that’s continued into qualifying.  It’s really important to be on the front row here at Cadwell as there’s limited places to pass.  As for Scott to be on lap record pace is really impressive having only seen the place on Thursday night with his race bike.  So all credit to him for learning it as quickly and going fast at the same time!  We just need some good weather like today and we could be in for some cracking racing and fighting at the sharp end for race wins and those all important Podium Points.” 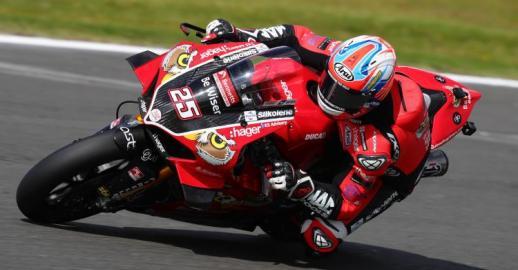 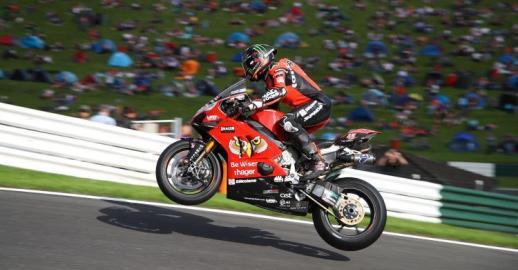 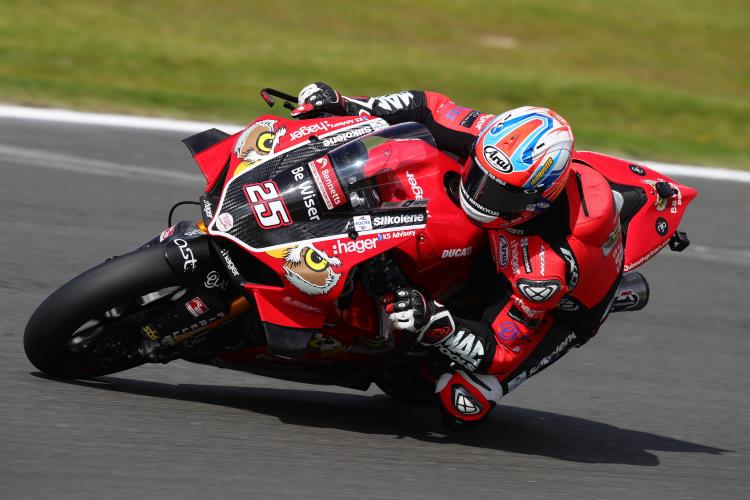