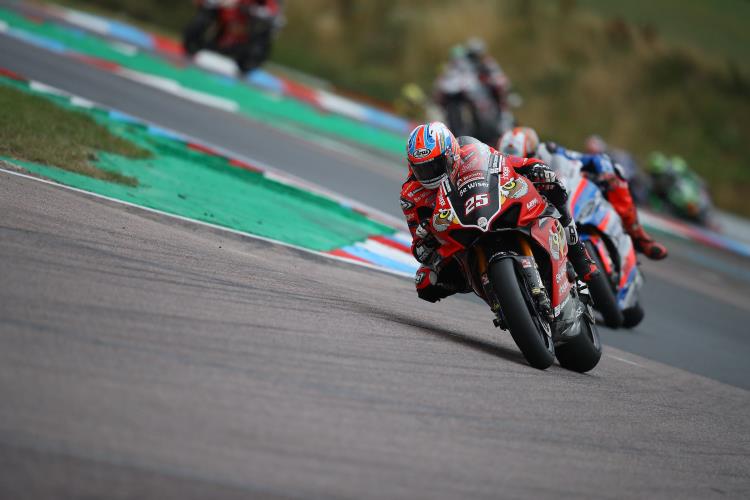 Thruxton in Hampshire hosted round seven of the Bennetts British Superbike Championship this weekend and saw Be Wiser Ducati riders Josh Brookes and Scott Redding reinforce their championship credentials with a superb performance at Britain’s fastest track.

Aboard his factory-supported Be Wiser Ducati Panigale V4 R, Aussie Brookes added to his victories at Oulton Park and Brands Hatch earlier this season to claim win number five in a fragmented second race to add to his third place in the opening race to move to within 20 points of team-mate and series leader Redding.

Local ace Redding had set the pace in qualifying and started race one from pole position from where he battled hard on his debut at the track, but despite an audacious last corner attempt to pass eventual race winner Andrew Irwin, the former GP ace had to settle for second place with Brookes just behind.

Race two saw the first attempt red-flagged due to a passing shower with Brookes and Redding well placed and then the restart was stopped due to an oil-spillage with 2015 BSB champ Brookes leading.

Third time lucky saw the race reduced to eight laps and saw Brookes lead from start to finish as behind him, Redding was involved in a titanic scrap for the podium. However, late in the race, the Gloucestershire ace ran wide at the chicane and the resulting 15-second time penalty relegated him outside the points despite crossing the line in second place.

Brookes’ success meant the winning run for the Cumbrian-based PBM team continued to 11 wins in the last 13 races and despite his disappointment, Redding still leads the series and added important Podium Points to his tally. Both riders are set to qualify for the all-important Showdown at the next round at Cadwell Park in two weeks’ time.

Scott Redding: “The first race today was wicked but with it being my first time here it was quite difficult. I was trying not to let any of the riders get away and I was trying to manage the tyres so there was a lot going on. I thought I’d timed it right but on the last lap I lost the rear and that meant I couldn’t get a run on Andrew and although I gave it a go around the outside, I had to settle for second. Of course, I’m a bit frustrated with the second race especially as I felt I rode the wheels off the bike over the course of the eight laps. I put eveything on the line at the last corner as the Podium Points are so important so to see I’d got a 15 second penalty at the end of it all was disappointing. I know I went straight on at the chicane, but I let two riders back past me and re-joined at a much-reduced speed, but it is what it is, and I’ve enjoyed the weekend overall.”

Josh Brookes: “Tyre conservation is on your mind all weekend here at Thruxton so with the second race going from 20 laps to 13 laps and then down to eight laps, I could ride exactly how I wanted to and just went full speed as the tyre was always going to last eight laps. I just got my head down and went for it and whilst it may not have been as close as the first race, I enjoyed it a lot more. The field is so level now, every race is tough but Pirelli have done a great job with the tyres and they’re a little bit easier to manage around here now and although I still wanted more from myself, I was happy with the first race podium. I got pushed around a bit too much on track and needed to find a little bit more confidence, so the second race win has given me exactly what I needed and it’s great to be back on the top step.”

Johnny Mowatt, Team Co-ordinator: “We’ve had two, really exciting races today and the first race was probably the best of the season so far. Both riders boxed well in the early laps and put themselves in the right position going into the final five laps with Josh knowing what to expect here at Thruxton in terms of tyre performance at the end. It was a new experience for Scott but he’s clever enough to know what to do and although we finished second and third, the whole team were pleased for Andrew with him being a former PBM team member. Josh’s side of the garage have been doing a bit of head-scratching recently but he’s a Sunday man rather than a qualifier and he’d led each of the second race starts so it would have been harsh if he hadn’t have won. A few of the riders tripped themselves up at the beginning and he took full advantage to clear off for the win. For Scott, it was a bit different, but rules are rules and he’ll take the penalty on the chin and we’re still in first and second overall, so it’s been a good weekend overall for the PBM Be Wiser Ducati team.” 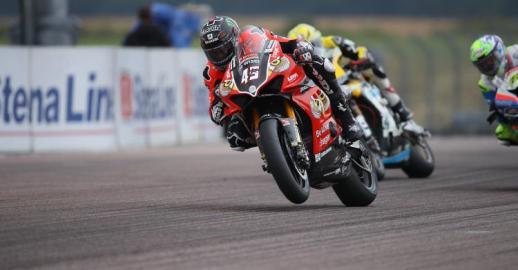 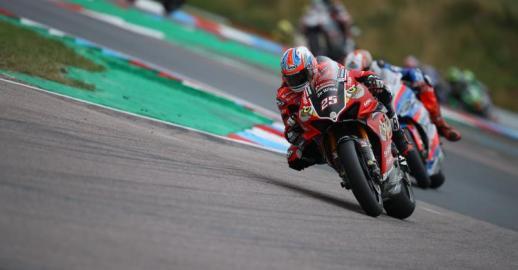 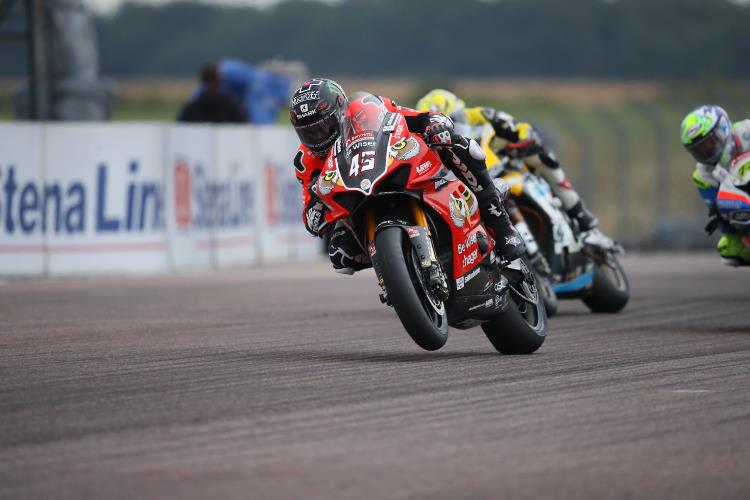