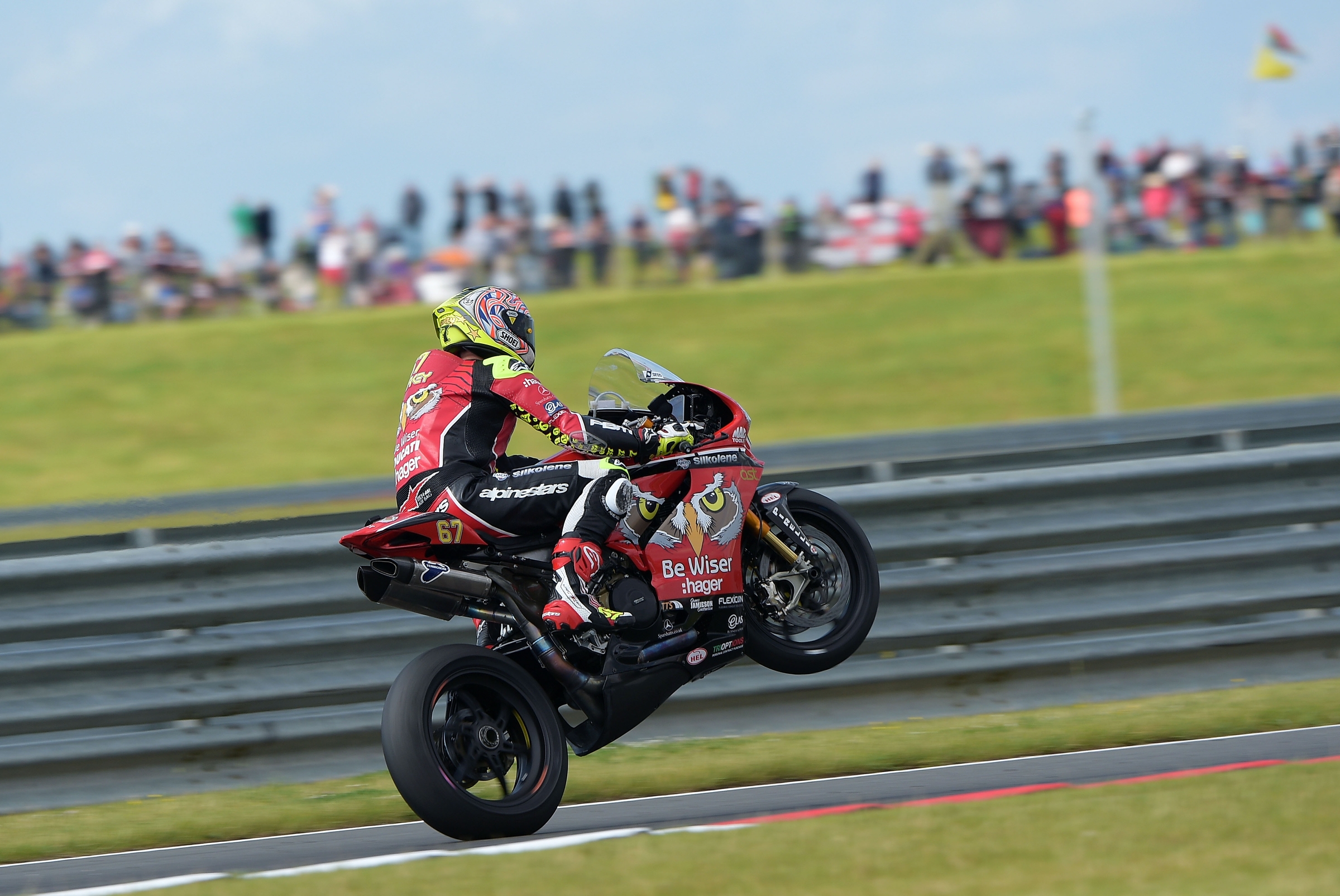 Taking the lead with him in the standings is four times MCE BSB champion Shane ‘Shakey’ Byrne who is in a rich vein of form having won three of the last five races aboard the factory-supported Be Wiser Ducati Panigale R.

The 39-year-old Londoner, who has claimed pole position at the last two rounds also, holds a slender four-point lead over Kawasaki rival Leon Haslam so will be keen to repeat his double win of 2014.

The halfway point of the season will also see Glenn Irwin in action once again for the Cumbria-based PBM team. In his rookie season in MCE BSB, the 26-year-old Carrickfergus rider has been steadily racking up the points this season.

After a best result of seventh at the previous round at Snetterton, Glenn currently occupies joint 13th in the title race so will be looking for a solid points haul aboard his Be Wiser Ducati Panigale R in order to bolster his bid for a Showdown place later in the season.

"I'm keen to take every weekend as it comes at the minute, I'm enjoying developing our package one step at a time and with every passing meeting we are getting stronger and stronger. I love fast circuits like Thruxton and expect it will suit the Be Wiser Ducati well. It'd be great to rattle off a couple more podiums, preferably on the top step again!"

"After the steps forward on race day at Snetterton, we are looking for that from the beginning of the weekend at Thruxton. My team is working so hard to give me the package I need and I know it sounds like a cliché but we really are improving every weekend. The fast turns of the track should suit our bike so I’m hopeful of some good results."