Disappointing Qualifying At Knockhill For Brookes And Redding 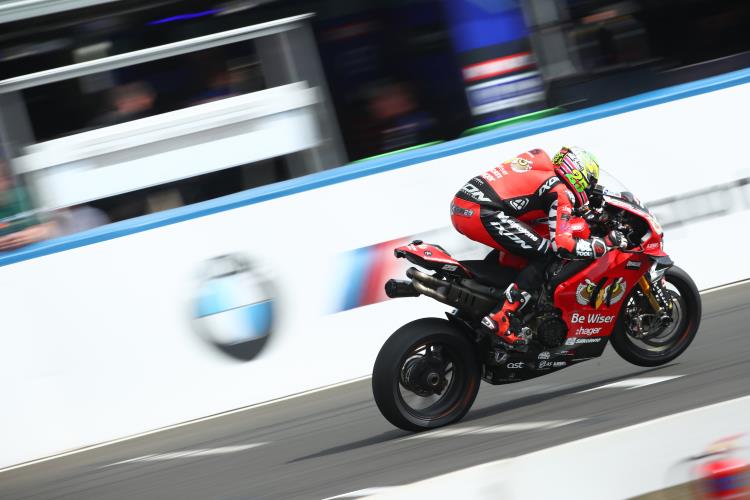 The Be Wiser Ducati pairing of Josh Brookes and Scott Redding will line up in 15th and 16th place for tomorrow’s opening Bennetts British Superbike Championship race after a disappointing rain-affected qualifying session late this afternoon at Knockhill.

After placing first and third quickest in yesterday’s Free Practice sessions, both Gloucestershire’s Redding and 2015 champion Brookes were hopeful of continuing their good form on the factory-supported Be Wiser Ducati Panigale V4 R at the Scottish track but the morning’s final FP3 session saw them back in eighth and 11th respectively, after trying some different settings for Paul Bird’s Lake District-based team.

The information was duly processed ahead of the afternoon’s Datatag Extreme Qualifying session, but the warm sunny weather of Friday and Saturday morning was replaced by cooler temperatures and rain by the time the scheduled qualifying time of 4pm came around.

Indeed, such was the severity of the rain and associated thunderstorms, the session was delayed by two hours and when it did get underway, it was a single 40-minute session rather than the usual three-part knockout format. It finally started at 6pm in wet and gloomy conditions and lap times were initially more than ten seconds slower than what they had been in the dry but as the session progressed, they began to tumble. The PBM duo ran strongly in the top ten early on, with Redding in fourth and Brookes in ninth but conditions were changing all the time.

Consequently, positions fluctuated and with 15 minutes to go Scott and Josh found themselves down in 15th and 18th respectively. Aussie Brookes was able to improve his time towards the end of the session to overhaul his team-mate but by then, the rain had started to fall again and the duo ended up in 15th and 16th and with plenty of work to do in tomorrow’s opening race if they are to continue their winning ways having taken victory in the previous seven successive races between themselves.

Scott Redding: “The practice sessions have been going really well in the dry and I was feeling pretty good and confident. I was hoping for a dry qualifying session to be in a good position for the first race tomorrow but unfortunately, we had rain which was actually good for me as I got some rain laps under my belt and got a feel for everything. I actually improved my rain riding quite a lot so even though I was down the order, I was quite happy to be where I was. I made good progress so I'm going into tomorrow a bit unsure of what the weather's going to do but if it's dry, we need to try and fight our way through the pack and get on the podium. If it's wet, we need to keep learning and keep trying to improve and go faster.”

Josh Brookes: “I wasn’t bothered about the rain to be honest as we were really strong in the wet at Brands Hatch where I think only Danny Buchan was quicker than myself and I was looking forward to the session. As it turned out though, the bike didn’t work as well as I thought it would and although the front-end grip was good, the engine braking setting wasn’t right, and I didn’t have the confidence in the rear that I needed. In the dry, everything’s been going well but the settings we tried this morning didn’t work so knowing how strong we were on Friday, we’ll revert back to those should it be two dry races tomorrow.”

Johnny Mowatt, Team Co-ordinator: “Qualifying was very difficult today and although there was a gap in the weather, the rain didn’t really ease much with persistent spray as well all the way round. The track appeared to be offering decent grip and times were only around five seconds off the dry, but it was pretty tough out there. Unfortunately, we didn’t pick the right times to be out on track with the end result being that neither rider has a good starting position for the first race tomorrow. In the dry, both riders have felt comfortable and the lap times have been strong but we need to get our heads together to give them a better wet setting as there’s a chance of rain tomorrow and we need to be ready for that eventuality.” 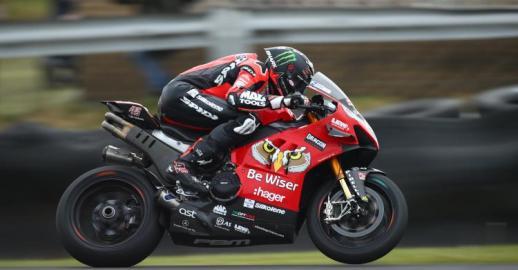 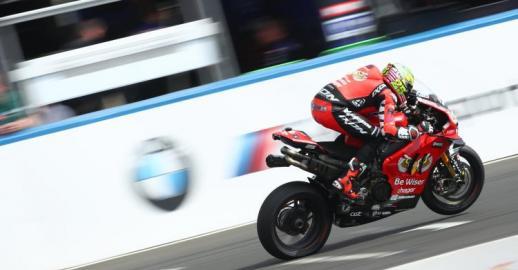 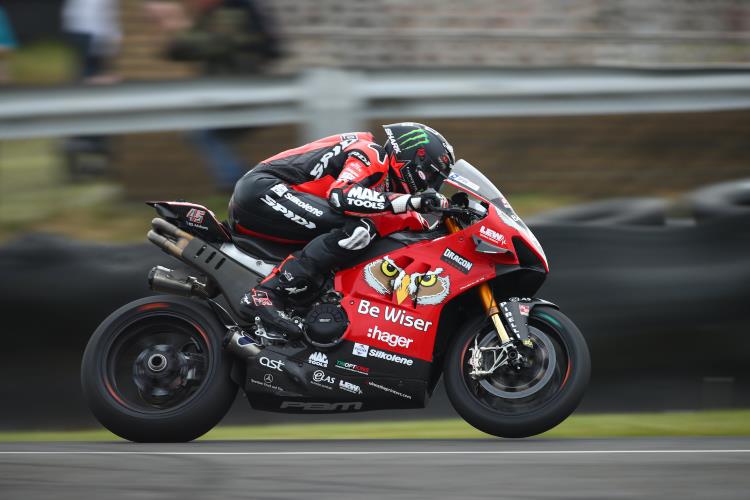