General Back At Favourite Track 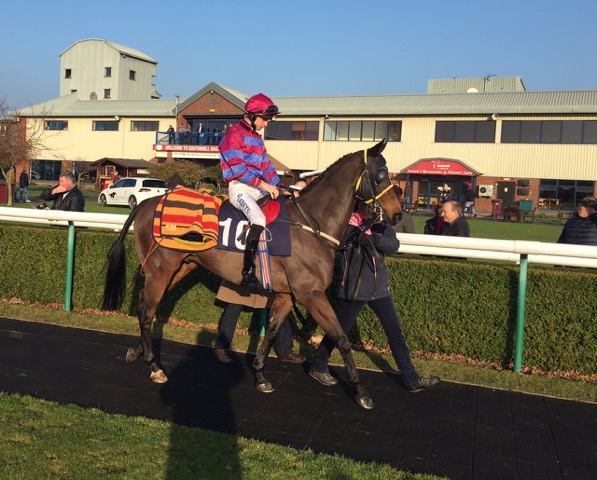 GENERAL TUFTO, the veteran racehorse who made an unprecedented 100th career appearance at Southwell a winning one just before Christmas, will be back on the Fibresand on New Year’s Day.

Charles Smith’s gelding will bid for his 16th win at his local track in the closing mile handicap with regular jockey Joey Haynes set to take the reins. Haynes has won five times on ‘The General’, who raised the roof with his unforgettable achievement.

Paul d’Arcy’s improving SPRING LOADED just missed out on a place in last season’s £150,000 Sprint Final, but looks set to play a leading role in the next Good Friday showpiece after an impressive victory at Wolverhampton on Boxing Day.

The Newmarket based speedball cruised past leader Mythmaker to score a comfortable success under jockey Shane Kelly in the feature race and now looks poised to take his chance in the big sprints in the New Year en route to Finals Day.

There was a shock result in the valuable Middle Distance handicap at Wolverhampton on Boxing Day when FORCEFUL APPEAL edged home at odds of 16-1 to beat a strong field.

Simon Dow has had his string in great form since changing yards in Epsom and this eight-year-old took his form to a new level under a well-judged ride by former champion apprentice Tom Marquand. The disappointment of the race was favourite Mythical Madness, who never landed a blow.