Oulton Victories Set Up Brookes And Redding For Showdown 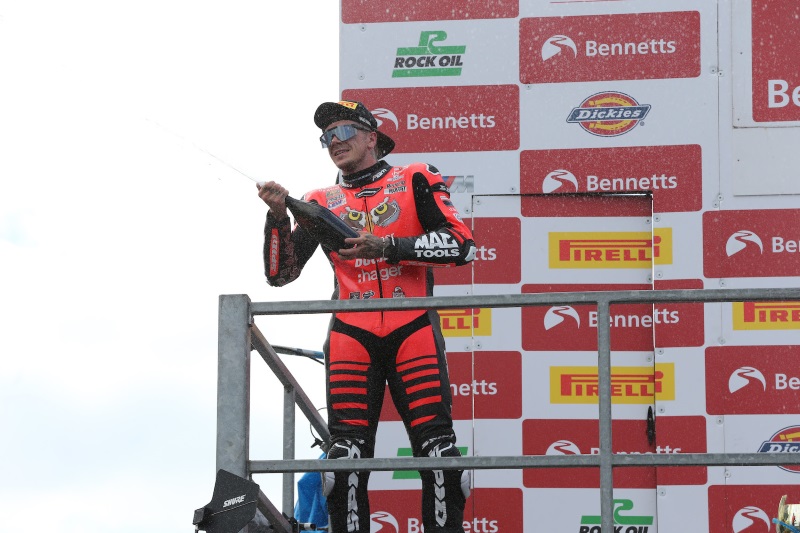 The Be Wiser Ducati team of Josh Brookes and Scott Redding head into the Bennetts British Superbike Championship Showdown in first and second place overall in the title standings after another strong day at Oulton Park today.

Redding won the opening race of the day on his factory supported Be Wiser Ducati Panigale V4 R with Brookes just behind in second to give the team their third 1-2 of the season. Redding then took third place in the day’s second race and although Brookes crashed out, he leads Redding by three points as the series enters its final three-round phase.

Results from yesterday, which saw Brookes take the victory, meant the Aussie started on pole for the first 18-lap race today with Redding three places further back and it was Redding who made the better start of the two slotting into second at the end of the lap with Brookes back in fourth.

Gloucestershire’s Redding was pushed back to third on lap two and positions remained the same until lap seven when former MotoGP rider Redding got past Bradley Ray to move back into second. There was never more than a few bikes’ lengths between the top four of Tommy Bridewell, Redding, Brookes and Ray and at two thirds race distance, Redding hit the front for the first time.

The closing stages saw Brookes move up into third as Redding held off Bridewell to take his seventh win of the season. Brookes also managed to sneak by Bridewell on the line to ensure it was another 1-2 for Paul Bird’s Penrith-based team.

The final race of the triple header weekend saw Redding start from the middle of the front row and Brookes in fourth with the duo completing the first lap in second and third respectively. Lap three though saw Brookes hit the front and with all of the leading four riders lapping under the lap record, it was a close fought affair.

On the tenth lap Brookes slid out of the action after crashing at Shell Oils Corner and although Bridewell went on to win the race from Ray, Scott rode a sensible race to finish in third place despite suffering from a tyre issue.

The results from the weekend, and subsequent recalculation of points, sees 2015 BSB champion Brookes lead the standings from Redding by three points as the series now heads into the Showdown phase with the title set to be decided at the final three rounds of Assen, Donington Park and Brands Hatch.

Josh Brookes: “I was trying to save the tyre at the beginning of the first race today to be clever at the end, but the reality was there was nothing in reserve at the end and the lap times were quick from start to finish. Everyone’s upped their game and riding well so we’re all pushing each other on, and I just 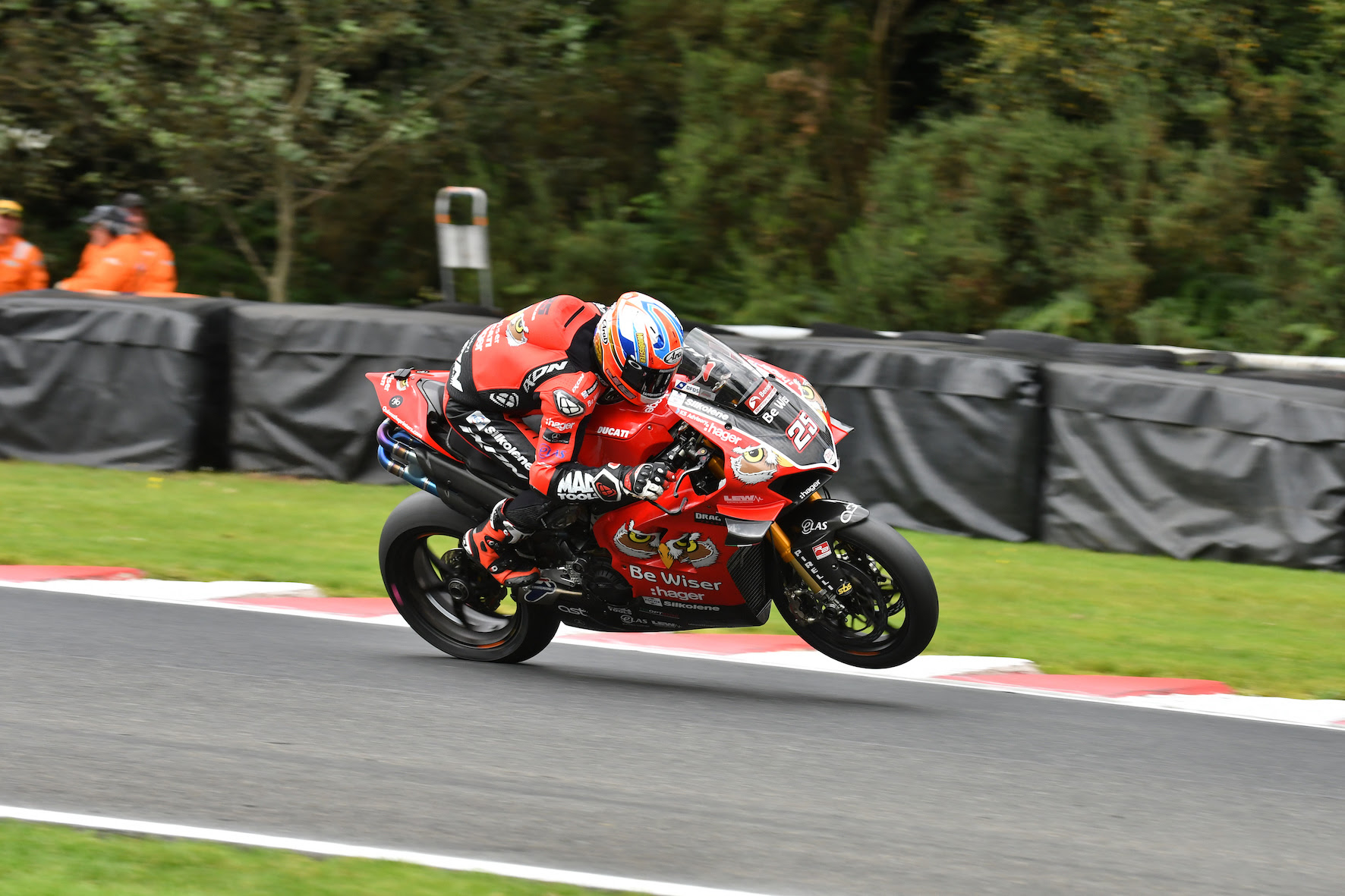 managed to get Tommy on the run in to the line. Full credit to Scott though, he controlled the race and took a good win. The third race was going to plan until I unfortunately slid off and it wasn’t the ideal way to end the weekend. We’ve looked at the data and I wasn’t doing anything different to the previous laps, but we were on lap record pace and when you’re riding at that kind of pace, a millimetre or a bump can make the difference. I head into the Showdown leading the standings and whilst it would have been nice to have had a bigger gap, I’m ready for the challenge that lies ahead.”

Scott Redding: “The first race was great, and I knew I had the pace to run at the front if I could make a better start. Morning warm-up gave me more confidence and I got the start in the race which I needed and with the bike working really well, I was able to get to the front. It still wasn’t easy and there were a couple of places on the track where I was giving away time, but I kept a tight line coming into the final corner and was over the moon to get the win. In the second race, I just didn’t have a good feeling with the rear tyre right from the word go. I was at the limit of what I could do with the tyre so it was a bit frustrating as I felt I could have made it win number two but I’ve come away with a win and two thirds and we head to my territory now so let’s try and get this championship won.”

Johnny Mowatt, Team Co-ordinator: “It’s been a hectic weekend and today’s first race was probably one of the best races of the 2019 season so far. It was an incredible race and for Scott to win on just his second time at Oulton was a phenomenal ride and meant it was two wins from two after Josh’s victory yesterday. He benefited from Tommy Bridewell’s attempted overtake on Scott on the run to the line so with a 1-2 in the race it couldn’t have gone any better. The third and final race of the weekend was incredibly fast and to be quicker than the times set in qualifying was unbelievable, particularly as they were being set lap after lap. I had a feeling something had to give and, unfortunately for Josh, it did. It didn’t look like he’d done anything different to previous laps, but everyone was on the limit. Scott put in a mature ride to finish in third and we head into the business end of the season now with our two riders in first and second in the standings. The next three rounds are going to be incredibly tight, but we believe all three of the next circuits will be strong for both the riders and the PBM Be Wiser Ducatis.”

Pictures (courtesy of Double Red Photographic). Scott Redding on the podium and Josh Brookes (25) in action at Oulton Park