Shakey Gunning For Snetterton Wins As Irwin Is Ruled Out 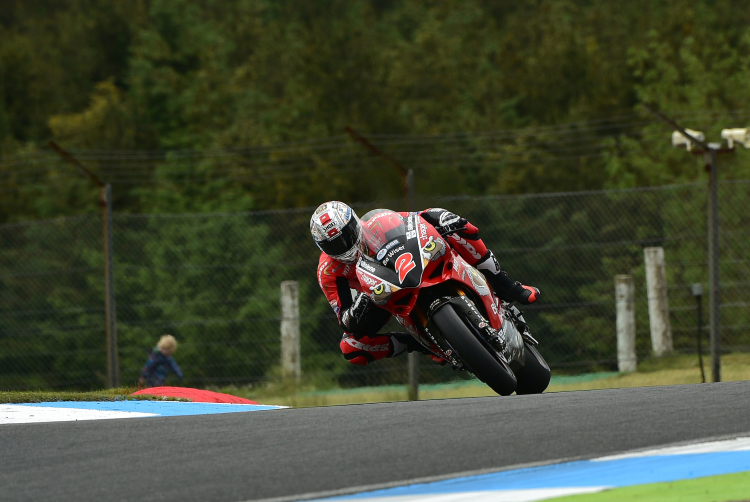 Round five of the 2017 MCE British Superbike Championship heads for Snetterton this weekend where Shane ‘Shakey’ Byrne is aiming to get back to winning ways for the Be Wiser Ducati Racing Team.

The five-times and defending champion scored a double podium at the last round at Knockhill to achieve his objective of moving into the Showdown-qualifying top six, following a tough start to the season aboard the factory-backed Be Wiser Panigale R for Paul Bird’s Penrith-based team.

Those results elevated him to third overall in the title race and added another pair of vital Podium Points to his tally, but the Sittingbourne-based Londoner has his eyes on victory this week at the Norfolk track which has seen him sample lots of success in recent years.

Indeed, Shakey won aboard the Be Wiser Ducati last year to make it six wins in his last seven races around the ‘300’ configuration and added a third place for good measure so is intent on keeping that record going as the season heads towards the half way point.

Meanwhile team-mate Glenn Irwin will not be in action aboard his Be Wiser Ducati Panigale R due to injuries sustained in a practice crash up in Scotland two weeks ago which ruled him out of Knockhill. Despite intense treatment to his dislocated left shoulder and left elbow, the Carrickfergus, County Antrim rider needs more time to recuperate and is now aiming to race at the following round at Brands Hatch on 21/23 July.

Shane Byrne:  “A big part of me sees the last round at Knockhill as a job done. I went there out of Showdown contention and needing some decent points and left there third in the championship and with two more Podium Points in the bag. However, the racer in me only goes racing to win and obviously I never managed that last time out so we’ll aim to put that right at Snetterton. I think the run of tracks we now have coming up should suit both myself and the Be Wiser Ducati Panigale R far better than Knockhill did, so hopefully we can look to get some serious winning done.”

Glenn Irwin:  “Today, in conjunction with my team, we have made the very difficult decision not to race at Snetterton. After meeting my shoulder and elbow specialist in England last week, we looked at pushing what is normally an eight to 12-week recovery to just five weeks. I, however, wanted to make that a two-week recovery which is in keeping with my optimistic attitude. I have tried laser treatment, oxygen, acupuncture, cryotherapy and the recovery is ahead of schedule but I want to be back fully fit and at the front so we’ll plan to be at Brands Hatch in three weeks’ time.”