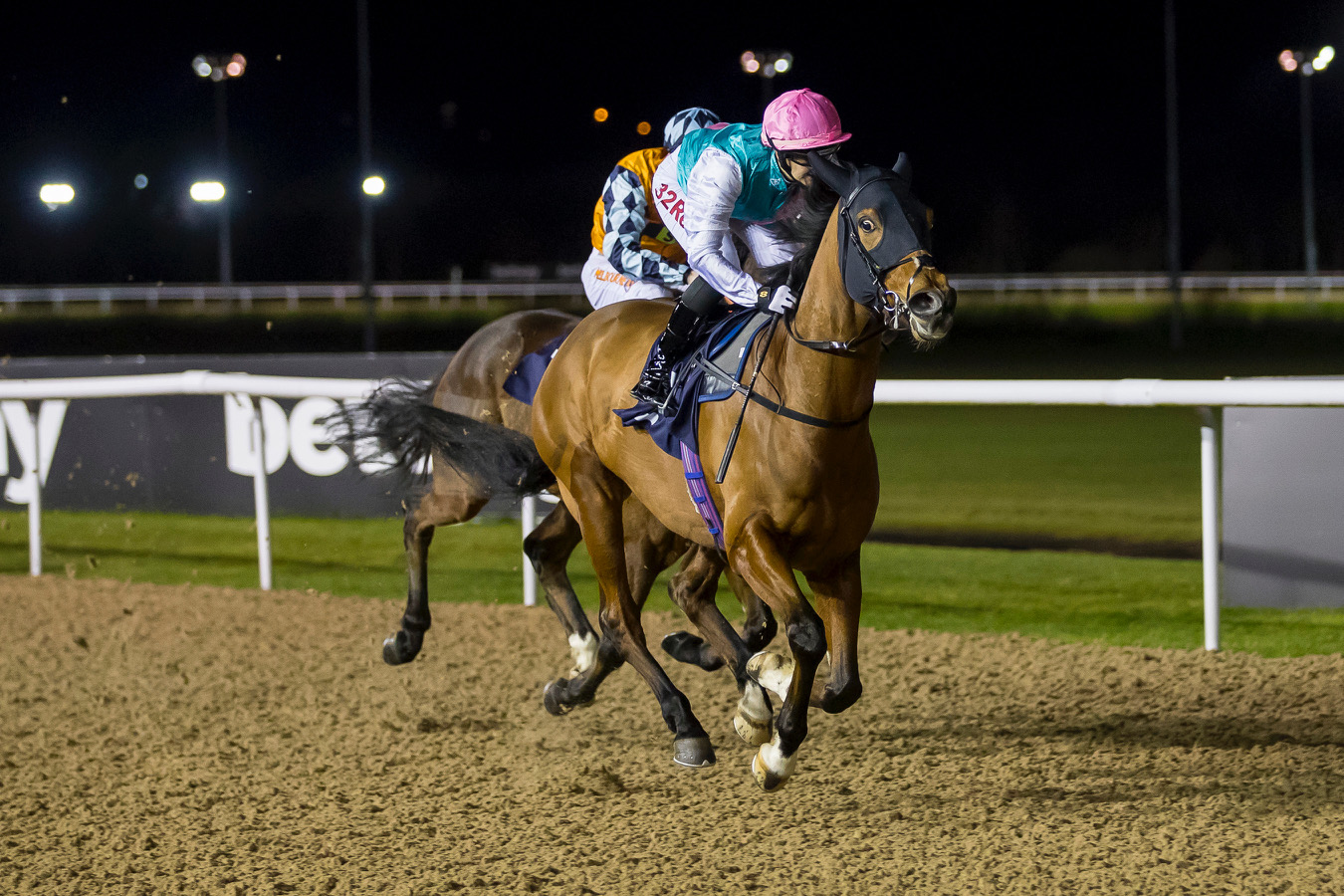 A top turf sprinter announced his arrival on the sand scene with a classy display last weekend, while Godolphin’s powerful stable unleashed a promising colt under the floodlights at Wolverhampton on Monday.

KACHY, who was classy enough to finish second the the Group 1 Commonwealth Cup at Royal Ascot in 2016, made an instant impact on his All-Weather debut at Lingfield last Friday to stake his claim for a place in the Sprint Final. Tom Dascombe’s star could re-appear in the Listed Cleves Stakes at the Surrey track next week - a Fast Track Qualifier for Good Friday.

APPLEBY CAN COUNT ON CROSS

Charlie Appleby took his strike rate in this winter’s Championships to 15 wins from 40 runners when they exciting CROSS COUNTER retained his unbeaten record at Wolverhampton on Monday. The Teofilo colt made it two from two with an effortless success under Adam Kirby in a nine-furlong novice stakes and looks ready for a step up in class.

ARCHER COULD BE AMONG DERBY TRIAL CONTENDERS

STAR ARCHER, who returned from a long lay-off to win at Wolverhampton last week, could be among the entries for next weekend’s Listed Winter Derby Trial at Lingfield - a Fast Track Qualifier for Good Friday’s Easter Classic. Hugo Palmer, who trains the potential Middle Distance star, also plans to run the much-improved Gulliver in the feature sprint on the same day.