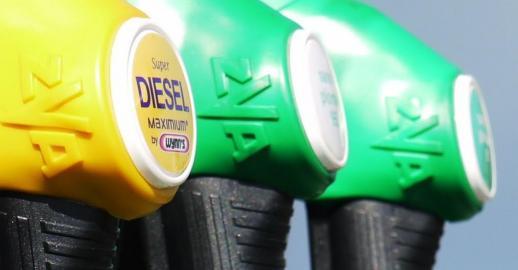 Diesel engines were first used in cars in the 1930s, when Citroen developed the Rosalie in 1933. After World War II, diesel-powered cars became more popular for commercial vehicles such as ambulances and taxis, with Mercedes-Benz offering many of the latter. However, diesel cars didn’t gain popularity for passenger travel until they were developed in Europe in the 1960s. They had a 2.5% share of the European market in 1973, and by 1992 this had increased to 17.3%.

However, more recent history has shown that diesel engines are declining in popularity. In January 2017 there were 78,778 diesel cars sold, which is a decrease of 4.3% compared to January 2016. Meanwhile, over the same period, sales of electric cars and other alternatively-fuelled vehicles (AFVs) increased by 19.9%. This is the continuation of a trend, with sales of diesel cars down during most of 2016, and more and more motorists favouring more eco-friendly models such as electric and hybrid cars.

So what happened to make the diesel car so popular in the past, and what has changed since then? Back in 1997, the British government signed the Kyoto treaty and committed to strict targets on carbon emissions. It seemed that more fuel-efficient, diesel cars were the way forward to help the country meet these targets. Motorists were offered reduced vehicle tax for all diesel cars in 2001, as an incentive for people to make the switch.

However, times have certainly changed, and we now know that although diesel engines produce less carbon dioxide than gasoline-based engines, they produce more nitrous oxides. Nitrogen dioxide is a harmful gas, and tiny particles can lodge in the lungs or interact with other substances to create a toxic environment.

In 2016 it was found that all of Britain’s most popular diesel cars exceed the legal limit for safe levels of pollution. Some of the vehicles exhibited up to 14 times higher emissions than the manufacturers were claiming. And Volkswagen’s reputation suffered after it was reported in 2015 that the company had been cheating in emissions tests by using technology that made their cars appear to be less polluting than they really were. VW models were emitting up to 40 times more toxic fumes than permitted, and up to 11 million cars worldwide were affected.

Now that opinions have changed on these once heralded vehicles, diesel cars are being banned from some areas, and owners are being forced to pay an increased congestion charge in others. Paris, Madrid, Athens and Mexico City plan to ban the most polluting cars and vans by 2025 in order to tackle air pollution. Meanwhile, drivers of diesel cars more than ten years old will need to pay an extra £10 in London’s congestion charging zone starting in October. It seems that the government made the wrong decision twenty years ago, and diesel drivers are now being punished for that mistake in the form of extra charges and no-go areas – including their children’s school gates.

It may feel like diesel owners are being punished for buying what was once thought to be a good alternative to petrol cars. However, Prime Minister Theresa May said in April this year that she would protect diesel drivers, and it was revealed in early May that diesel drivers will be paid to scrap their cars. Under the Conservatives’ plans, drivers will receive compensation to encourage them to either trade in their vehicles for newer, more eco-friendly models, or retrofit them to reduce the levels of nitrogen dioxide they emit.

But is this gesture enough to make up for what many see as the government demonising diesel drivers? After all, petrol cars, vans, buses and lorries all contribute negatively to the environment too, especially compared to their electric and hybrid counterparts. Is the government blaming diesel drivers for their own mistake? Time will tell whether the measures being put in place – combined with the negative press about diesel cars – will make Britain a safer, cleaner place to live.