The Hidden Dangers of Being A Motorist 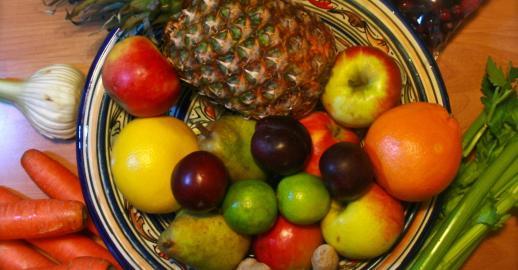 According to a report by the Harvard Health Watch, the average American spends 101 minutes per day driving. That’s quite a lot of time for anyone to spend sitting behind the wheel, but isn’t very much compared to HGV drivers, who in the UK can drive for up to nine hours per day.

The UK is home to around 465,000 licensed HGV drivers, who spend around 20 hours per week behind the wheel on average. Research commissioned by Morrisons in 2012 found that 41% of truck drivers worry about their health, and more than a third (34%) said being on the road makes it difficult to be healthy. But HGV drivers are not the only people to spend a lot of time driving, and a sedentary lifestyle is a problem for many of us. So what affect is this prolonged sitting and driving having on our health?

Earlier this year the World Health Organisation (WHO) reported on the harmful effects of sitting at a desk for eight hours per day. The organisation found that people who sat for eight or more hours per day and engaged in low activity were 3.2% more likely to die during a follow-up period of two to 18 years, compared to those who sat for less than four hours per day and were active for at least one hour per day. Though the media mainly targeted office workers when this report was released, it is likely that drivers could also face the health risks linked to prolonged sitting, including an increased risk of diabetes and cardiovascular events.

So what can drivers do to live a more active lifestyle? There is a variety of exercises that all drivers can carry out while driving, such as stretching the hands to unstiffen fingers, rotating the wrists, abdominal crunches, and shoulder shrugs. HGV drivers could also plan to exercise when they stop for breaks, by carrying running shoes or keeping a small set of weights in their lorry. Drivers could also inject more activity into everyday life while not on the road, and this doesn’t need to involve going to the gym or doing sports. By taking the stairs instead of the elevator or taking up active hobbies such as gardening, it is possible to live a less sedentary lifestyle. Our article “Exercises To Help Reduce Health Risks For Drivers” discusses exercise in more detail.

Eating healthily when spending a lot of time on the road can be a challenge. Service stations and snack vans offer quick and tasty options such as burgers and hot dogs, and while these are fine for an occasional treat, we all know that eating too much junk food can have a detrimental effect on our health. The research by Morrisons revealed that nearly a third (28%) of truckers are obese or morbidly obese, compared to a national average of a fifth (22 per cent). The research found that 45% of HGV drivers believed there was a limited choice of healthier food at service stations, and 42% believed that healthier food is not convenient.

Making better decisions can help drivers to live a healthier lifestyle, but it may take some planning. After all, the only options available are whatever you bring with you on the journey, and whatever food outlets you pass along the way. It may be necessary to research some better restaurants, particularly those that have low fat meal options on the menu. Drivers could also make sure to eat less fried food and sugary desserts, and keep an eye on portion sizes.

Healthy snacks to bring on a long drive include fresh fruit and vegetables such as apples, oranges, bananas, celery and carrots. Crackers, nuts, popcorn and protein bars are a healthier alternative to crisps and chocolate, and if you have a portable fridge, Greek yoghurt and string cheese are also good options. Having water available all the time is also important for staying hydrated.

Eating healthily also means eating regularly, and eating isn’t the only thing drivers should be planning into the day. Driving all day means your day might not pan out as it would if you were at home, so a daily schedule can help you to plan in everything you need to lead a healthy lifestyle. The schedule may not always run to plan due to traffic delays and other problems, but good intentions build good habits. Eating, exercising and resting should all be priorities to try to factor into your day.

Mental health is just as important as physical health, and at times driving can be a mundane and lonely occupation. Along your journey you could also take photographs of points of interest if it is safe to do so, to add a little variety to your trip. You could also equip yourself with audio books to keep your brain active – these can also be a discussion point to keep you connected to loved ones if you’re both reading the same book at the same time. Keeping your brain active can not only improve your mood, but also keep you alert and awake – and if drivers don’t take long enough breaks when they should, drowsiness can be the biggest threat of all to their health, and to other road users.

Professional drivers can get advice and support on all aspects of life on the road from the United Road transport Union.