Can’t Drive, Won’t Drive: Why Are Some Young Adults Not Getting Their Licence? 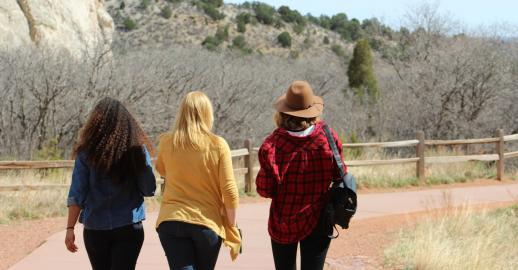 44% of the UK’s first time drivers are over the age of 25, research from earlier this year has suggested. The number of 17 to 20 year olds taking driving lessons has dropped by 21% in the past nine years, meaning just a third of today’s first time drivers fall into this age bracket. But why has there been such a decrease in young adults learning to drive?

One of the main factors may be cost, as the same research found that 17-24 year olds pay an average of £1,275 per year for car insurance – this is a 13% increase year-on-year. The first twelve months of being on the road, including the cost of a car, costs new drivers an average of £4,750. A provisional driving licence, lessons, the theory and practical tests, and finally buying a car, taxing it, insuring it and fuelling it, all adds up. This means that for some people, learning to drive is a luxury they simply cannot afford.

With the cost of driving coming at a premium, it is no longer an obvious choice to immediately learn to drive at the age of seventeen. In fact, in some circumstances there is no need to drive at all. For those who choose to go to university, living on campus eliminates the need for a car, with most students who live on campus relying on public transport or walking into the city centre.

Some young people take a gap year to spend time travelling abroad, further putting off the need to apply for a licence. Plus, university and travelling come with their own expenses. Millennials also tend to favour authentic experiences over material objects, so if students are choosing between their education and a car, or between driving and seeing the world, a car may not come out on top.

With the increase in online services and delivery options, people don’t even need to leave the house as much as they used to. Not only can we shop online and get everything from groceries to clothes to electrical items delivered to us the next day, but we can also book hotels, restaurants, or doctor appointments, carry out online banking, and many other activities. With all that connectivity, not to mention being able to stay in touch with friends and family, how much is a car really needed?

Despite this, most people are not hermits and unless they live in city centres or other areas with excellent transport links, they do still need their cars for getting to work, going to appointments, seeing friends, and many other things. But is that all a car is to us these days?

Attitudes towards cars have changed greatly over the years. Once a motorist’s pride and joy to be regularly maintained and washed every week, now many people simply take their car for its annual service and MOT, and treat it to a wash just a few times a year or less. The improved reliability and safety of our cars means we have less of a relationship with them. Whereas cars were seen as a status symbol by previous generations, they are now seen by many young people as a white good, only useful for getting them from A to B. At best they are a necessity, and at worst, when they are expensive or break down, they are a burden.

Fear of the Roads

It isn’t all about having enough money and the need for a car – some teenagers simply don’t want to drive. Fear of failing the test, or even fear of having an accident, may override all other factors when it comes to making the decision to get their learners permit. For someone who has never gotten behind the wheel before, the thought of being in control of a vehicle can be daunting.

Road traffic collisions are the leading cause of death for people aged between 15 and 24, and one in five people killed or seriously injured on the roads are in an accident where a car driver is aged between 17 and 24. A report from September 2016 claimed that young drivers are four times more likely to be involved in road accidents than other drivers, and this risk increases when they have passengers in the car.

These statistics may sound bleak, but with measures being taken to make the practical driving test tougher and more relevant to real-life driving scenarios, the standard among those who have just passed their practical test should be rising. The average pass rate was 50.9% among 17-25 year olds in 2014-15 – this was the first drop in around eight years, as the pass rate had steadily increased each year, from 46.8% in 2007.

In 2010 ‘independent driving’ was introduced to the test, requiring learners to drive on their own using road signs or directions for ten minutes. There are also more changes coming in 2017, including increasing the independent portion of the test to twenty minutes and following directions from a sat-nav as an alternative to road signs. The reverse around a corner and turn in the road will be replaced by more common ‘real-life’ manoeuvres such as driving into and reversing out of a parking bay. Learners will also be asked one of two vehicle safety questions while driving - for example they may be asked to turn on the rear heated windscreen.

It is when armed with this information that parents can help their children to feel more confident in learning to drive – by understanding what the test will be like, and preparing effectively. According to the Driving Standards Agency, the average learner driver needs 47 lessons and 22 hours of private practice before they can pass their test, so plenty of practice and encouragement with their parents will not only make them more likely to pass, but help them feel more confident on the roads.

But the test itself isn’t the only thing that has changed over the years, bringing us back full-circle to the issue of cost. Driving test cost £62 on weekdays and £75 on weekday evenings or weekends – for weekdays, that is a £20 increase on the £42 fee before July 2005. With the ever-increasing cost of driving tests, lessons, insurance and fuel, we may continue to see a decrease in the number of young people gaining their licence in the years to come.