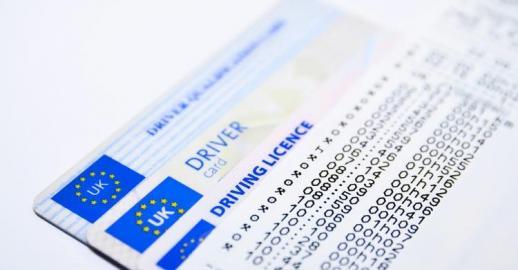 ‘Congratulations, you’ve passed’ would normally bring a smile to anyone’s face after passing their Driving Test.  Say ‘goodbye’ to your L Plates and ‘hello’ independence as you brave the open road!  Then reality hits, you’re on your own, navigating motorways, local roads, unknown roads, congestion, motorbikes, cyclists, cars not forgetting pedestrians.  These are just a few of the obstacles you are about to encounter as a motorist.

The number of serious accidents and fatalities amongst new, younger drivers, aged 17 – 19 accounts for 9% of all fatal crashes.  When you consider that this age group makes up just 1.5% of the driving licence holders, it’s understandable why road safety organisations and the Government are concerned about reducing this trend.

So it comes as no surprise that the Government have discussed bringing the UK’s licensing system into line with other countries around the world by introducing a Gradual Driving Licence (GDL).  Their primary concern is to reduce the number of serious accidents and fatalities in new, young drivers on our roads.  A pilot version of the GDL scheme is planned to launch in Northern Ireland in 2019/2020.

Introducing GDLs will mean tougher restrictions for newly qualified drivers to protect them by limiting the conditions in which they are allowed to drive and to protect other drivers on the road.  As well as encouraging good driving habits the GDL could also see the introduction of a minimum learning period for learner drivers to complete before they are allowed to take their driving test.

There are a number of restrictions that could be set in place such as a minimum mandatory period that P plates are displayed on a vehicle, at the moment there is no legal requirement to do so.  Other restrictions could include;

As the current licensing system stands a 17 year old can become fully licensed in just a few months.   Presently 89% of young UK drivers complete less than the recommended 40 hours of driving lessons before taking their test.(9)

Brake, the Road Safety Charity have asked the Government to bring the UK’s licensing system in line with other countries around the world, requesting that a minimum of 10 hours professional tuition and the introduction of a novice licence with restrictions in place for two years following the practical driving test.

Around the world GDL’s are in operation in Australia, New Zealand and some of the states in the US. They are having a positive impact on new drivers and more importantly they are reducing road traffic accidents;

Presently, drivers who amass six points or more but have only passed their test within a two-year period will see their licence revoked.

Enforcing restrictions under a graduated driving licence system would be done in the same way, by implementing harsher punishments and points penalties for breaking them to ensure they are adhered to.